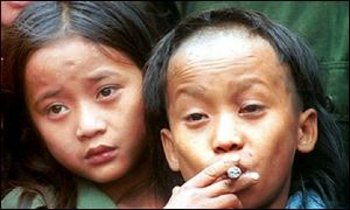 The collection of quotes from Paul Graham's Hackers & Painters on Bill Clementson's page convinced me to buy the book.

One valuable thing you tend to get only in startups is uninterruptability. Different kinds of work have different time quanta. Someone proofreading a manuscript could probably be interrupted every fifteen minutes with little loss of productivity. But the time quantum for hacking is very long: it might take an hour just to load a problem into your head. So the cost of having someone from personnel call you about a form you forgot to fill out can be huge. This is why hackers give you such a baleful stare as they turn from their screen to answer your question. Inside their heads a giant house of cards is tottering. The mere possibility of being interrupted deters hackers from starting hard projects. This is why they tend to work late at night, and why it's next to impossible to write great software in a cubicle (except late at night). One great advantage of startups is that they don't yet have any of the people who interrupt you. There is no personnel department, and thus no form nor anyone to call you about it.

Wow. Excellent quote, and an amazing picture. Those are the youngest looking old faces I've ever seen.

I've seen that picture before. They are two children that are the leaders of a south-oriental guerrilla. They are "famous" for their cruelty.