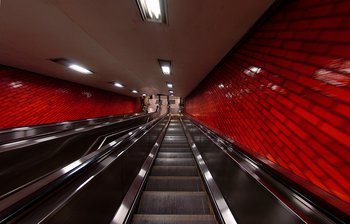 Skate is a an attempt to create an updated, open source version of SK8, which is Apple's old multimedia rapid development GUI builder. Mikel Evins, who actually worked on SK8 back when he worked for Apple's Advanced Technology Group, is organizing the project.

Having posted those comments stimulated me to contact Ruben Kleiman, who created SK8. I asked whether he would be willing to contribute to an effort to develop an open-source project in the spirit of SK8, and he said he would

Skate is meant to be free and open-source, and to run on Mac OS X, Windows, and Linux

The source for Apple's SK8 is available via FTP. An old lemonodor post has screenshots of SK8 from Rainer Joswig. Ruben Kleiman has some photos of the original SK8 development team.

So, for those Lisp enthusiasts who pine for a media-rich, cross-platform, GUI application development platform in Lisp, here's your chance: you could volunteer to help out building a new generation of SK8 on one of the free Lisps.

Is this something like Squeak, with Lisp in place of Smalltalk?

From the Fabrik URL http://minnow.cc.gatech.edu/squeak/1175 :

Fabrik is a visual programming environment - a kit of computational and user-interface components that can be "wired" together to build new components and useful applications. Fabrik diagrams utilize bidirectional dataflow connections as a shorthand for multiple paths of flow. Built on object-oriented foundations, Fabrik components can compute arbitrary objects as outputs. Music and animation can be programmed in this way and the user interface can even be extended by generating graphical structures that depend on other data. An interactive type system guards against meaningless connections. As with simple dataflow, each Fabrik component can be compiled into an object with access methods corresponding to each of the possible paths of data propagation.

Using SK8 is much more like using HyperCard, except that you have a real, extensible data structure library (instead of a fixed, impoverished set of data structures with an arcane C escape hatch), and all the annoying hard limits you bump up against in HyperCard vanish in SK8.

SK8 abandoned the card-and-stack metaphor, but was in other respects very much like using HyperCard: you dragged graphical thingies together and opened them up to edit their properties and behavior.

One difference: you were not limited to the set of graphical objects provided, but could easily build arbitrary new ones within the environment--often just by drawing them the same way you would use any drawing program.

IM in rotc i been sk8ing for two yaers