I'm making some progress on a portable Lisp Rendezvous/Zeroconf interface.

After I eventually got my Cocoa-based code to work in OpenMCL (with help from Gary Byers and the benefit of looking at some of Brendan Burns' code) , I did another version using the Core Foundation API. In the interest of portability I then wrote a UFFI wrapper around the free Howl library. 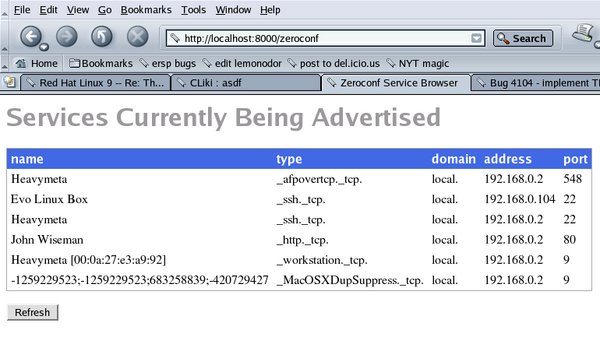 To prove that there's something working behind the scenes, we publish a new service.

After then refreshing the page, we see our new Zeroconf-enabled CLiki: 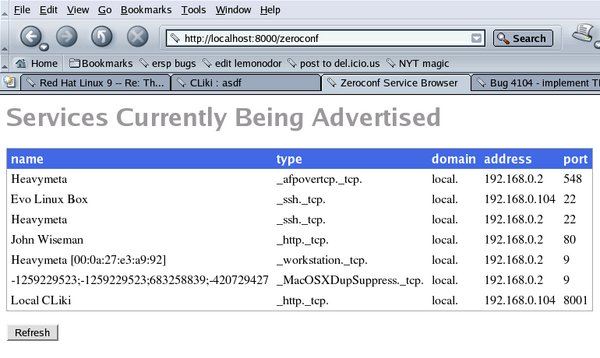 Howl is not a bad library, but it does have some issues. It's not threadsafe, and its current event handling actually precludes using it from multiple threads on OS X (though it's not clear why one would use Howl in OS X since you have access to the native libraries).

Other options I've considered are switching to the cross-platform code that Apple makes available, or going the pyzeroconf route of implementing multicast DNS in Lisp (maybe Dave Roberts' resolver library would help there). They all seem to have their pros and cons (though I tend to think that doing raw multicast DNS is kind of silly).