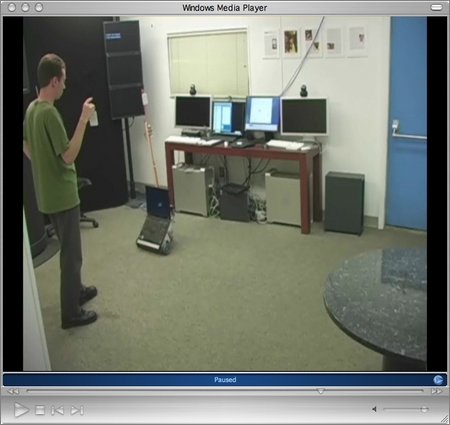 Uri Kartoun is working with the Washington Hospital Center to get ER1 robots to follow people: 13 MB WMV video.

It looks like Uri is using the Task Execution Layer of the ERSP, which is the layer of the architecture I'm responsible for. It didn't quite turn out how I'd hoped, but I'm glad people are finding it useful.

In his approach people carry RFID tags that the robot homes in on. At Evolution we used to do something similar by using a laser range finder and watching for the range signature of two human legs.

Robot Videos as Streaming (Including Clango in SARS Wars) are here:

In this page there are several robot videos I created that include:

For more information and direct downloads: