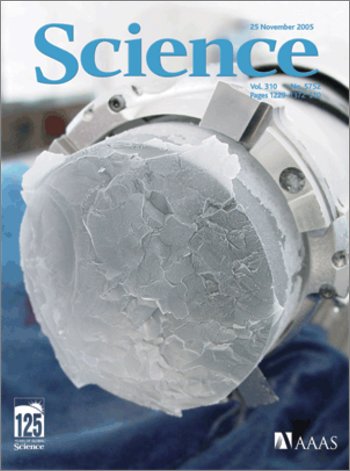 491,000 year old ice core from Anarctica. “...the modern atmosphere is still highly anomalous. At no time in the past 650,000 years is there evidence for levels of carbon dioxide or methane significantly higher than values just before the Industrial Revolution.”

We're not so much building on the programming state of the art as continually have each generation of programmers rediscover it.

As the stunning rise of Ruby and Rails makes clear, maybe there’s something to dynamic typing, metaprogramming, open classes and blocks after all. And so the Smalltalkers - especially, perhaps, ex-rubyists like me - are feeling a thrill of vindication once more. As a language, Ruby can be pretty accurately and completely described as a dialect of Smalltalk with Algol-inspired syntax and some scripting-friendly extensions.

On the other hand, one can also make an argument that some lisps have the implementation goodness of smalltalk, and that lisp has the language goodness (with some extras that smalltalk lacks). So that should really be 2 options, no?

Matt: I was being pretty specific about which "implementation" choices (JIT compilation, IDEs) and language choices (pervasive OO, syntactically cheap closures) I was looking for. Lisp's choices don't happen to match Smalltalk's here, so it doesn't count as an option. However, I'll definitely grant that Lisp and Smalltalk are the two good options when applying a slightly wider set of criteria that allows for tradeoffs around static vs. dynamic compilation and consistency vs. programmability of syntax.

I won't entirely buy "some extras that smalltalk lacks", though. So does Perl, but those extras, like Lisp's, come with costs that I'm not personally willing to pay.