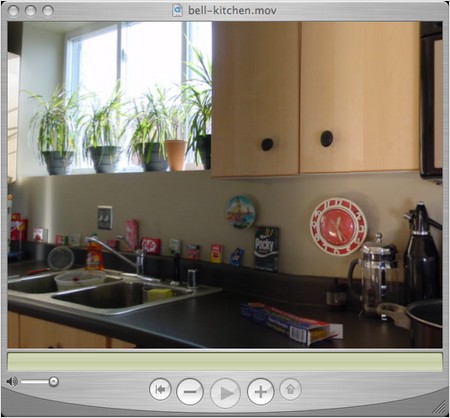 playing with DoubleTake: my old kitchen.

On his girlfriend playing with a Furby:

I didn't have to worry, though, because after about 10 minutes of asking how it was, playing games and telling it she loved it, she told me, "I feel like I have postpartum depression and I'm trying to bond with a baby I don't care about." That's kind of a Turing test, right? Can you tell the AI from an unwanted infant?