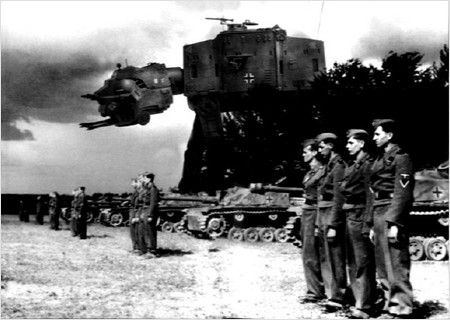 “A unit of StuG III assault guns stands ready for review. They are accompanied by a Überschwerer Kampfschreitpanzer (Superheavy Armored Walking Tank), also known as a ‘Thor's Hammer.’ Eastern Front circa 1943.”

A short update from Digitool on the status of MCL for Intel Macs:

To the MCL community,

I apologize that it has taken so long for us the answer the questions about MCL and the new Intel Macs.

An additional problem is that the Apple Rosetta dynamic translator that is supposed to be able to run PPC applications on Intel processors does not work for some applications and MCL is one of those. Apple has given no indication that they intend to fix the translator.

I hope I have answered any questions about the future of MCL, but if there is anything else anyone would like to know please feel free to contact me.