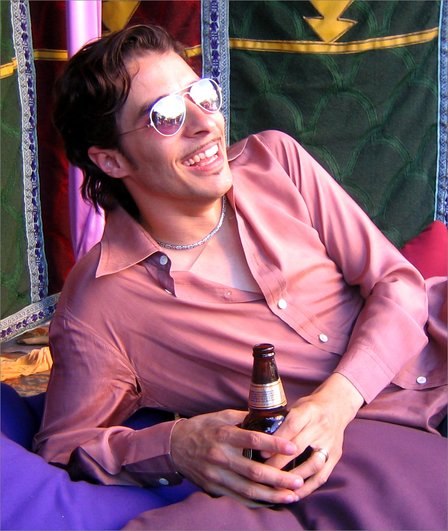 I haven't done web stuff in a while, but Guido's discussion of requirements was kind of interesting:

Before I post this, let me attempt at a brief classification of the features that every web framework needs.

I expect everything else is optional. You can write your own SQL (as we did at Elemental), use an object-relational mapping library (like Django or RorR), or use an object database like Zope. You can even persist things directly to the filesystem (just make sure it's being backed up :-). While every dynamic website eventually develops authentication needs, there are many different existing approaches to authentication, and I suspect that it's not particularly hard to do this as part of the application. Some frameworks go wild on predefined CSS and HTML templates. (I believe Plone does this -- if you see a site with frequent use of 1-pixel rectangular borders and a calendar widget in the margin, you can bet it's somebody's first Plone project.)

Please set me straight. What did I miss? Where is the WSGI standard implementation?

In a followup post, Guido refines his thoughts a bit:

Maybe the current crop of Python web frameworks (as well as Rails BTW) have it all wrong. Maybe the WSGI folks are the only ones who are "getting" it.

ISTM that, contrary to what Rails and its many imitators seem to think, a framework shouldn't be an all-or-nothing proposition. For example, in the case of my Google starter project, I need to roll my own solutions for authentication and persistence (since these must hook into internal Google infrastructure), but I really need a better templating approach than %(name)s. So I should be able to use Django's templates, or Cheetah. I really want to look into Cheetah -- the example I saw on web.py looks "right". (web.py itself OTOH gets an "F", for undocumented code with too much magic behavior. upvars(), bah.)

Maybe we need more standardization efforts like WSGI, that let you plug in different animals, or roll your own, for various pieces of useful web functionality: for example URL dispatch, templates, persistence, authentication, sessions, forms, style sheets, i18n, and client-side scripting (AJAX or not).

Not that I'm particular keen on WSGI -- it reminds me of a trip to East Berlin in the mid '80s.