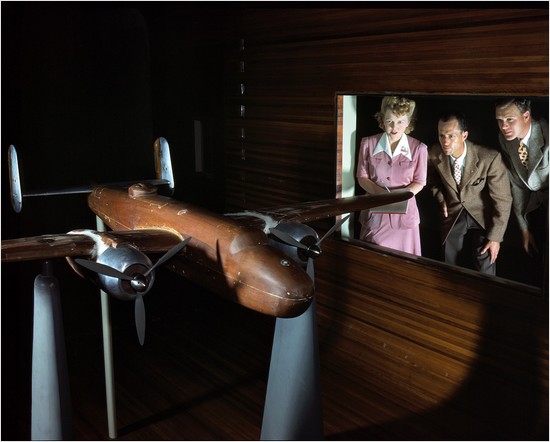 October 1942. Experimental staff at the North American Aviation plant in Ingle- wood, Calif., observing wind tunnel tests on a model of the B-25 ("Billy Mitchell") bomber. Via shorpy.

There are several RC plane and helicopter sites with UAV discussion areas, but they tend to be low-traffic and low-tech. They sometimes have interesting, worthwhile posts, but those old-style web-based RSS-less discussion boards are not charming and are basically unusable as far as I'm concerned. 1996 called—it wants its attention model back (I'm looking directly into your eyes, DARPA).