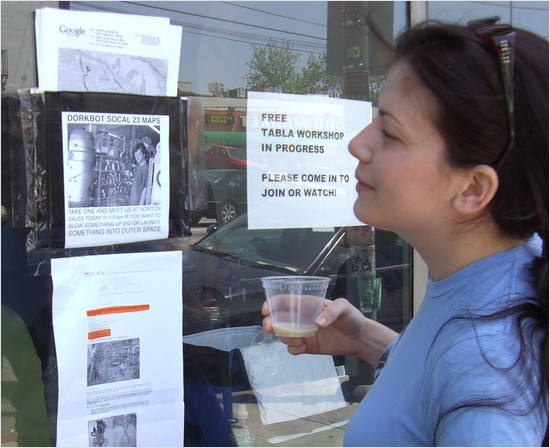 Maciej is a dorkbot posterboy.

Kamen Lisp is intended to let you use (a real Common) Lisp instead of Javascript by embedding ECL in Firefox.

All script tags that have the attribute language="text/common-lisp" are executed as normal: top-level code is run after the page loads, and functions defined (with defun) are callable later.

Performing dom manipulation is done by calling the special form (dom object action &rest args). This mechanism is still weak at the moment: when no args are provided action is assumed to be a property name, which is a setf-able place. If args are provided then action is assumed to be a function name, though only functions of one argument are currently supported. It is recommended that strings are used for function and property names, since symbols are automatically capitalized.

Well, I'm sure it's a valuable learning experience, at least.