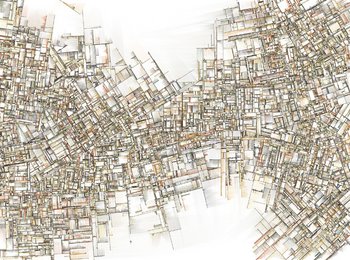 The manuscript of The Baroque Cycle was written by hand on 100% cotton paper using three different fountain pens: a Waterman Gentleman, a Rotring, and a Jorg Hysek. It was then transcribed, edited, formatted and printed using emacs and TeX. When it was totally finished, the TeX version of of the ms. was converted to Quark XPress format using an emacs LISP program written by the author. Some share of credit thus goes to the people who made the GNU/Linux operating system and to the originators of LISP.

Neal: The spelling “LISP” has been passé for over 10 years now. I'm just saying.

I HAVE WRITTEN BOOKS. AND WHO MAY I ASK ARE YOU?

And Stephen Slade's view on the spelling of LISP approximately matches his view on the language: more like 1988 than 1998.

Common Lisp has been passé for well over 10 years, yet people still keep beating that dead horse. Just a nit pick.

> Common Lisp has been passé for well over 10 years

Damn. Yeah. You're absolutely right - how did I not notice for all this time?