Lemonodor
A mostly Lisp weblog by John Wiseman
Paul Graham: How to Start a Startup 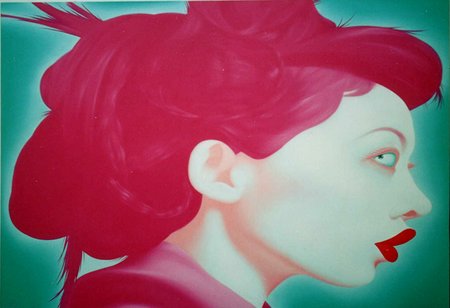 New from Paul Graham: “How to Start a Startup”

There are plenty of other areas that are just as backward as search was before Google. I can think of several heuristics for generating ideas for startups, but most reduce to this: look at something people are trying to do, and figure out how to do it in a way that doesn't suck.

For example, dating sites currently suck far worse than search did before Google. They all use the same simple-minded model. They seem to have approached the problem by thinking about how to do database matches instead of how dating works in the real world. An undergrad could build something better as a class project. And yet there's a lot of money at stake. Online dating is a valuable business now, and it might be worth a hundred times as much if it worked.

Tweak your spam detectors to become lie detectors, and there you go--instant #1 online dating site of the universe... or not.

Another great essay from Graham. It is really too bad that most people view Graham's work subjectively instead of objectively. What I mean is that people seem either to love Graham's essays or hate them. His work is definitely a rod for controversy for the idiots on slashdot but they like I said they are idiots.

It seems that lately there has been a unexpected backlash against Graham. That unexpected backlash seems to be because Graham is "popular" and because Arc is vaporware. I am not exactly sure what I mean by "popular" perhaps I mean controversal. Because of places like slashdot, some things that Graham has written, mostly passing comments really, have been blown greatly out of proportion and because of those comments it seems some people/groups are being a little too active to seperate themselves from Graham. There is really nothing wrong with being controversal, that is what makes Andy Rooney so great because he can still piss people off. We need controversal people because they are the best ones at starting discussions- very few worthwhile discussions have resulted from dull borinig commentary. The problem with controversal people are that they best serve discussions as a catalyst and by definition a catalyst is not in the end result. As for the vaporware status of Arc, a lot of people are starting to regard it as stealing the thunder or momentum that belonged or could of been generated from other languages and we still have not benefitted from Arc. Arc was probably too high-profile too soon but it is not really Graham's fault.

Really, has there been a backlash against me? I hadn't noticed any change. I actually worry a lot that as I get "popular" I'll be able to get away with saying stupider stuff than I would have dared say before. This sort of thing happens to a lot of people, and I would *really* like to avoid it.

As for Arc, the problem is that I have only one life. I would love to be able to fork off twenty different processes. In one I'd start a publishing company publishing books that are actually good, instead of having to fall into the current bimodal distribution between pretentious "literary" writing, and mere potboilers. In another I'd be an architect. In another I'd paint; I have about four lifes' worth of ideas about what to do just in painting. In another (separate from the one where I become a publisher) I'd write fiction.

In my dreams. It's seems more than I can do in one life to both write essays and hack. And it is very dangerous to work on too many things. It really struck me when I learned the etymology of "fritter." It doesn't mean to waste your time, but to divide it between too many things. But since that has the same result, frittering away your time has come to mean wasting it.

I'm aware of the problem of stealing thunder from other possible Lisp dialects, and that's why I try to mention others, like Goo.

I've been thinking of getting my shit together and collecting a bunch of people to work on Arc with me this summer. The problem is that I'm developing the language in a rather ambitious/stupid way, and there are bits I just don't have the expertise to do. Anyone out there interested in working on a radically new sort of compiler?

Wow, I did not expect you to reply Paul!!

It really has very little to do with what you say/write. There are just a lot of non-objective idiots out there and they always seem to be "louder." For example, I think a lot of slashdotters view you differently ever since you wrote that essay about great hackers, which contained that little blurb about Python. Slashdot turned it largely into a great hackers don't use Java but Python thing. You did write that, or something similar, but that was not the spirit of the essay. Ever since, there has been a noticeable group of bitter non-Python hackers. These are petty idiots.

I don't know you but it seems your writing has stayed at a very high quality. I have yet to find anything that you have said/written that would seem out of place for anyone else to say. In fact, I find your works much more down to Earth than similar works by other people.

As for the Arc stuff, I have already said that I don't think it is your fault. Everything that I have read from you about Arc, you have been very open about its development model and lack of a release date. I have read way too much criticism about Arc being vaporware and kind of felt bad for you, I apologize if it seemed I was serving up criticism directed towards you because I was not.

Well, I am interested in Arc and programming language design/implementation but I probably don't have enough experience to help. Whatever you decide to do, good luck and best wishes.

P.S.
I too am from western Pa and wondered if you ever took part in the Blackhawk Programming Competition. Don't know when it started but thought it would be neat if you had took part.

Ouch. Pretty devastating to your painters & hackers essay, I fear. Might wanna read with an open mind and take heed.

I wouldn't put too much stock in the Maciej Ceglowski essay. Even if the hacker-artist analogy is imperfect, I very much feel the same spirit about my music and programming. It's the same delight in one's own cleverness that makes them enjoyable.

Paul Graham is an excellent writer. however I must express disapointment with the summers program only being offered to Americans. Hey Paul are we not Global now. I hope the program can be extented world wide. When I read Paul I always get the feeling that he writes in the same way he programs.

If you are the Paul Graham who wrote the fine story in Paper
Street about the aging umpire, please e-mail to tell me.

I am gainfully retired now as Prof. of English, Director of
Creative Writing for Oho University and would like to
have you send your story to a sports editor.
Aloha, Paul Nelson