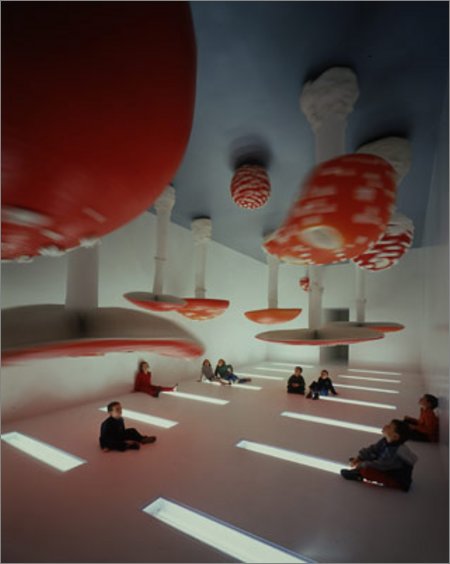 Joyce catalogs the other University of Chicago alumni she's run across in the computer game lately.

Maybe the U of C AI lab of the mid-90's was a somewhat special place (Robin Hunicke is another alumnus I'll run into, inevitably, I am sure). And 37 Signals is singlehandedly causing me to question my assumption that no useful, fun, sophisticated web technology will come out of the city of Chicago.

It's funny—my initial, knee-jerk response to seeing a reference, in print, to my dropping out of grad school is shame. Part of me still tries to classify the experience as a failure, even though it was pretty clear right away that both being in school and dropping out were excellent choices. And now 10 years later I can look back and see that thank god I went, and thank god I quit. (This reminds me that Pinku recently saw my old grad advisor (and later, boss) recruiting for Google).

The story of Joyce's own descent into madness was recently featured at O'Reilly Radar as number two in their series on how various alpha geeks got into computers.

I wondered at first if the Valley could possibly have a place for a female 30-year-old recycled historian among all the CS grads, but I've found there's always room for someone who genuinely loves the Internet and wants to contribute. I've also been lucky in that the things I care about the most -- building social software apps, and the new architectures necessary to support the special demands of those apps -- are so new they aren't much taught in CS departments, so an academically trained computer scientist doesn't have much advantage in the field over someone like me.

It's cliche, but passion really is the biggest differentiator in someone's career. I think there's a balance between doing what you really love to do, and finishing what you goddamn started because you know it'll help in some objective sense.

Awwwww, John, I didn't mean to hurt your feelings! I had no idea you had any residual negativity about it at all... but perhaps that's the final legacy of the U of C. :-)

I just met a company, Meetro, that very recently moved from Chicago to Palo Alto. They're a scream... so Chicago. Made me miss it there.