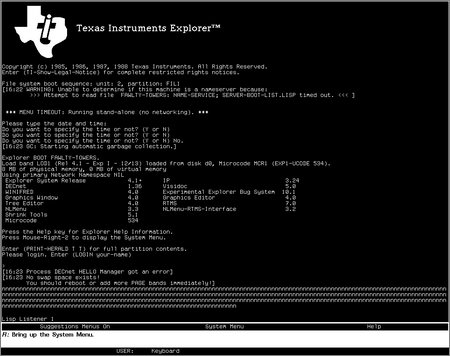 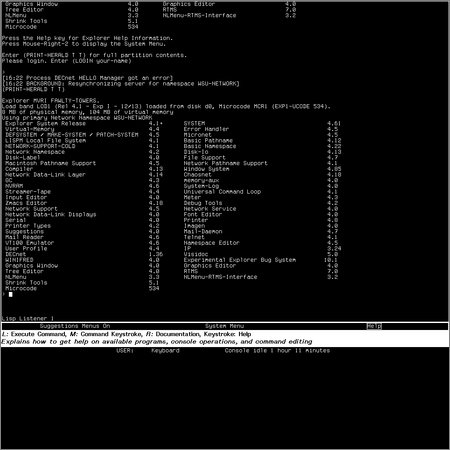 Meroko is another TI Explorer emulator, written by Daniel Seagraves.

I personally have nearly zero interest in retro emulation of this sort. Maybe if Sea Dragon ran on these machines...

Koza's book on Genetic Algorithms used the TI Explorer. Who knows, might come in handy.

That's actually the book that caused me to first learn Lisp, and yes, I remember that the screenshots from from Explorers.

There's actually some commented-out lines for OS X in the CADR emulator Makefile; however, I still can't get it to work. Maybe I should just email Brad and see if he's already done all the work. :)

My main interest in retro emulation is because I can't afford a Symbolics machine...

Was that machine bigger or smaller than the super-nintendo?