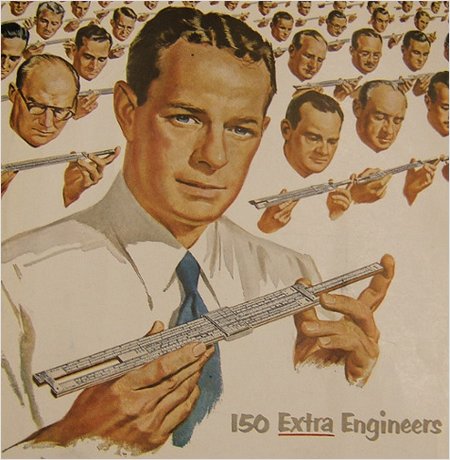 Tagged “white men” and “lots of them”.

I think SBCL 0.9.11, from March 26, 2006, is the first offical release of a Common Lisp with native support for OS X on Intel (though the support is labeled “experimental”).

Probably yes, but ECL has been already built on OS X for Intel, without much fuss -- just a matter of finding a GNU MP library built by others (Darwinports) for OS X on Intel.

I think this really says a lot about the portability of this project: people can independently port ECL to their own machines even if the developers from the project do not have them. Although being the main developer of ECL I should probably shut my mouth :-)

That is my favorite picture of a computer cluster.

I was impressed to see that ECL pretty much just built cleanly.