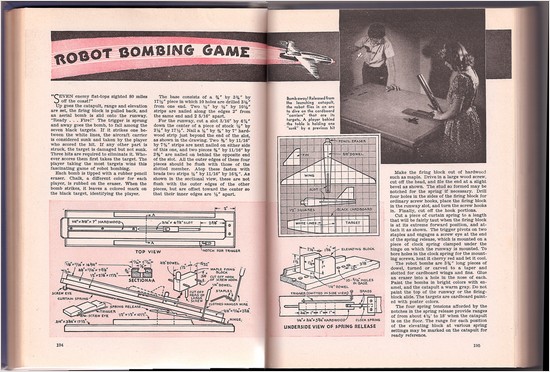 From the 1945 Popular Science book, Complete Home Workshop Cyclopedia: 868 Things to Make and Do at Home.

Nice to see how at least one U.S. publisher supported
the military-industrial-Congressional complex.

These days politicians pontificate about violent video games
while on the evening news the violence perpetrated by this group is given top priority.

Nice to see how at least one U.S. publisher supported
the military-industrial-Congressional complex.

Those old pre-70s textbooks with the hands-on science experiments are superior in content and execution to 99.99% of science texts for K-12 published this year. I don't really care who the authors/editors/publishers voted for.

With apologies to john for using such language on his blog, take your politics, Phil, and cram it where the sun don't shine.