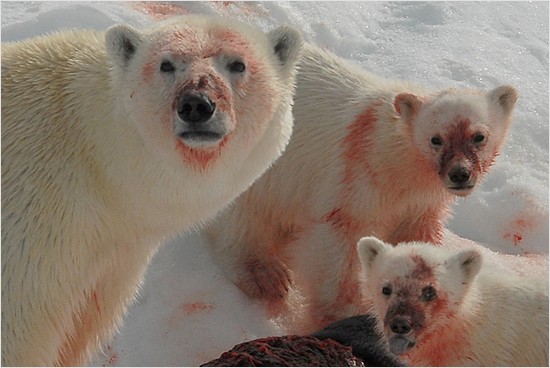 The Regressive Imagery Dictionary (RID) is a coding scheme for text analysis that is designed to measure “primordial” and conceptual content. Primordial thought is the kind of free-form, associative thinking involved in fantasy and dreams. Like Freud's id, I guess. Conceptual (or secondary) thought is logical, reality-based and focused on problem solving.

RID contains about 3,000 words grouped into categories that are themselves classified as primary, secondary, and emotional. A piece of text is classified by what percentage of its words fall into each category.

I'm skeptical, but it seemed like it might be fun. And some people do think it's accurate and useful:

Detailed evidence concerning the reliability and validity of the Regressive Imagery Dictionary is reported elsewhere (Martindale, 1975, 1990). Evidence for the construct validity of primordial vs. conceptual content comes from studies where the measure has behaved as theoretically predicted: Significantly more primordial content has been found in the poetry of poets who exhibit signs of psychopathology than in that of poets who exhibit no such signs (Martindale, 1975). There is also more primordial content in the fantasy stories of creative as opposed to uncreative subjects (Martindale & Dailey, 1996), in psychoanalytic sessions marked by therapeutic "work" as opposed to those marked by resistance and defensiveness (Reynes, Martindale & Dahl, 1984), and in sentences containing verbal tics as opposed to asymptomatic sentences (Martindale, 1977). A cross-cultural study of folktales from forty-five preliterate societies revealed, as predicted from the "primitive mentality" hypothesis of Lévy-Bruhl (1910) and Werner (1948), that amount of primary process content in folktales is negatively related to the degree of sociocultural complexity of the societies that produced them (Martindale, 1976). Martindale and Fischer (1977) found that psilocybin (a drug that has about the same effect as LSD) increases the amount of primordial content in written stories. Marijuana has a similar effect (West et al., 1983). Research has also revealed more primordial content in verbal productions of younger children as compared with older children (West, Martindale, & Sutton-Smith, 1985) and of schizophrenic subjects as compared with control subjects (West & Martindale, 1988). It shows the pattern expected for historical trends in primordial content in Martindale's (1990) theory of literarary evolution. Thus, the Regressive Imagery Dictionary does seem to yield a valid index of primordial or dedifferentiated thought in a variety of contexts in which the measure varies as is theoretically expected.

Erik Frey has code for analyzing LiveJournal posts with RID. It even compares your scores to the averages of everyone who uses his code. But it wasn't in a form that was easy for me to apply to arbitrary text, so I wrote my own RID code.

rid.py is my Python implementation. It reads text from stdin and prints its analysis to stdout. It uses the English dictionary from Kovach Computing Services. If you want to download or create a dictionary for other languages, it's pretty easy to modify the code to use any dictionary you choose (that's in the proper format).

About the only interesting thing in the code is that it uses a discrimination tree to look up word categories. This was 100x faster than doing linear search with regular expressions.

And now for some armchair psychoanalysis. First up, the second debate between George Bush and Al Gore in 2000. Here's a peek into Al Gore's mind:

And a window into our current president's brain:

Look at that--Bush was 5 percentage points more reality-based than Gore. And he was 50% more emotional. And feels a 33.3% greater need for sex.

And then the last 1000 posts in comp.lang.ruby:

Conclusion: Ruby usenetters are operating on a significantly more primordial level than the Lispers, giving less attention to problem solving! And damn, the Lispers need sex badly—more than 4x as much as Ruby fans!

The possibilities for RID are endless. In-line twitter filters. A Yahoo Pipes module. Tiny little 3-category pie charts on every email. An emacs package that disables source code commits when too much Icarian fire imagery is detected. Go nuts, people.

Update: Added a license (MIT) to the code. Fixed another misspelling in the dictionary itself.

Update: Neil Kandalgaonkar has a visualization tool based on RID.

Would you add Haskell to your analysis? That would make an interesting comparison to Lisp mindset.

Can you clarify the license for the code a bit; maybe put it under a creative commons license?

Thanks for reminding me, Will. My code has an MIT license, but I don't know the status of the actual dictionary and exclusion list that I included with the code; it's freely available for downloading, at least, and maybe it just comes from a Martindale paper.

P.S. The discrimination tree is translated from some Lisp code of yours.

Eek! Please don't put code under Creative Commons Licenses. They aren't designed for code. Use the GPL, LGPL or MIT licenses instead.

If the program uses CC-licensed data that's fine. Data doesn't have to be the same license as the program. We'll ignore the fact that this is a Lisp weblog. ;-)

Any reason you chose python over lisp ?
just curious...

Justin: It's not like there's much code for it to make much difference what language it's in. But I just find it easier to work in Python for this sort of thing. For example, it took me about 10 minutes apiece to write get_posts.py and get_irc.py, which will work with a stock Python installation on any of OS X, Linux and Windows.