I just started reading Jane Jacobs' The Death and Life of Great American Cities (Joey deVilla recommended it), and already in the introduction there's this great paragraph where she's talking about the misguided idea that all we need to get rid of slums and decaying urban centers is more money, and she lists what we've gotten for the money we've already spent:

But look what we have built with the first several billions: Low-income projects that become worse centers of delinquency, vandalism and general social hopelessness than the slums they were supposed to replace. Middle-income housing projects which are truly marvels of dullness and regimentation, sealed against any buoyancy or vitality of city life. Luxury housing projects that mitigate their inanity, or try to, with a vapid vulgarity. Cultural centers that are unable to support a good bookstore. Civic centers that are avoided by everyone but bums, who have fewer choices of loitering place than others. Commercial centers that are lack-luster imitations of standardized suburban chain-store shopping. Promenades that go from no place to nowhere and have no promenaders. Expressways that eviscerate great cities. This is not the rebuilding of cities. This is the sacking of cities.

“Luxury housing projects that mitigate their inanity, or try to, with a vapid vulgarity.” Just awesome. 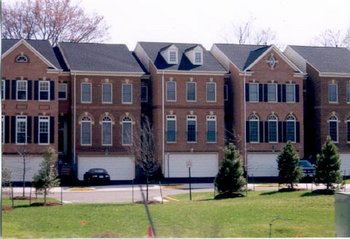 First, Howard Kunstler's Eyesore of the Month, full of “fried food ghettos”, “post-cheap-oil clusterfucks” and “innumerable” “monkeyshit brown” “places not worth caring about which someday will add up to a nation not worth defending.” (Excuse me, I got all Zagat there for a second.) 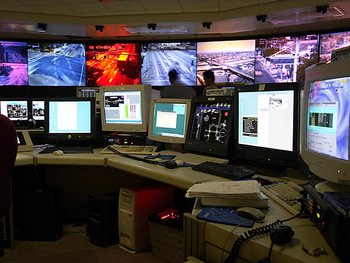 E. Michael Jones, in his latest book , The Slaughter of Cities, also talks about "the sacking of cities." His take on the matter is probably very different from that of Jane Jacobs.

Jones argues that the destruction of America's cities was intentional on the part of those who controled the Federal Government and the non-profit foundations. They felt threatened by the growing demographic dominance of the white ethnics who lived in the cities; ethnics whom they could not control.

Jones says that Southern Blacks were forced into those neighborhoods in a block-busting effort to encourage the ethnics to flee to the suburbs (which were being built for this very purpose). The suburbs were designed to keep people socially isolated, so that they would be more vulnerable to further social engineering via television and other media.

Some links to Jones' book are here: http://www.google.com/search?sourceid=navclient&ie=UTF-8&oe=UTF-8&q=The+Slaughter+of+Cities

I believe it's much easier to subscribe the problem to some hack draughtsman who's never even heard of _A Pattern Language_ passing himself off as an architect. Still, the conspiracy theory sounds very intriguing. But we mustn't blame the incompetent architect alone - I've heard somewhere that upwards of 90% of all residential construction in the US happens from recycled blueprints. Obviously the development planners don't bother talking to the architects or looking at maps, as in every new commercial development I see in my city (I am in Western Canada, where in some ways the problem is even worse) there are houses with windows and entrances facing each other every which way, and recently a brand-new development experienced a terrible flooding problem due to unmanaged drainage (who would have thought, with it being at the bottom of a gulley and all). Judging from the custom McMansions built by the newly rich and poorly cultured, it looks as though the consumer is at fault as well - people actually seem to aspire to live in peach-colored barns.

You would think that Eyesore of the Month's creator would have a readable front page, for someone criticizing architecture.
http://www.kunstler.com/

It's not ugly, but it has one too many colors screaming for attention, and no coherent lines. Eyesore of the Month is cool though.

Still, much of the US is an experiment. An artificial place in many ways. We barely had time to develop artists who can say interesting things and still make a living. And if you look at Europe, which has instances of successful architecture over wide regions, you'll find a history full of people like da Vinci and Oscar Wilde jailed or charged for various random reasons. Yet sadly it is obvious my country has too much power and corruption right now, and criticism is the thing we most need. A dark age combined with byzantine technology sounds cool, but I probably don't want to live in it.

Incidentally, "Conspiracy theory" is an interesting label. It's often applied to situations where people have incentives to act in a certain obvious way. Another label might be "economics."

I'd be interested in hearing what you think of the book after you're done with it. With one thing and another, the Jacob's book has been on my reading list for a while. I think the most recent reason to read it was reading David Brooks' "Bobos in Paradise".