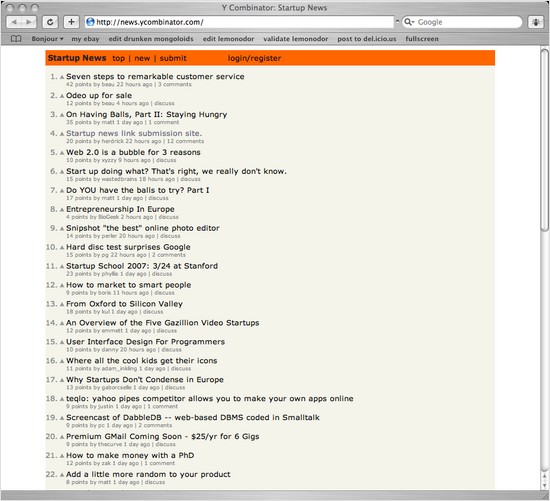 Arc's first nontrivial, public application is the hello world of 2006.

Later: From the announcement:

And of course another reason we made this site is that last summer we wrote the first reasonably efficient implementation of Arc, and we were looking for something to build with it.

I have to admit, I didn't expect it to be a reddit clone.

More about that in the reddit comments about it: http://reddit.com/info/15gkq/comments

It compiles to Scheme!

Run away, run away!