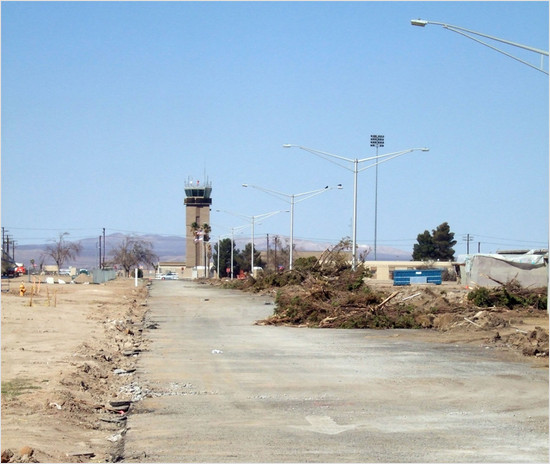 11 robot vehicles entered the course and 6 were able to finish. CMU came out on top while Stanford got second place—a reversal from 2005's Grand Challenge. Wikipedia has the complete race results.

I took pictures, and some video. So did everyone else. There's a torrent for the complete DARPA webcast, but the video was very glitchy for me.

Overall the teams did better than I expected at handling the urban environment, with its lanes and curbs and moving obstacles.

Of course the real challenge would be the guerilla warfare; however, most of the enthusiasts are so enthralled with the simplicities that they forget the main agenda.

When I want to transport cargo past a bunch of banana tossing gorillas, I just remote my humvee through the road. Sometimes the gorillas hit it with so many bananas, the sensors get all jammed up. That's OK. At least I wasn't in the car.