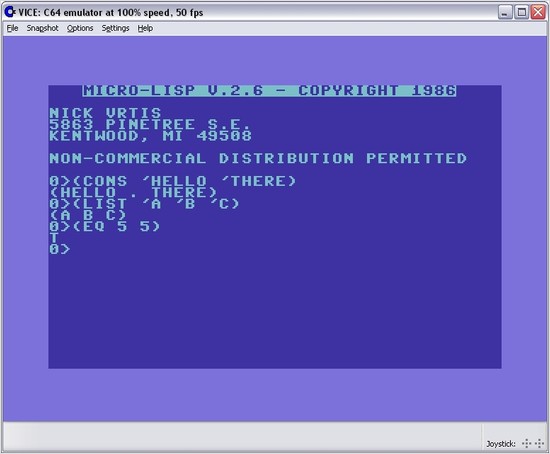 Micro-Lisp on a C64 emulator

After my last post I wanted to check to see if there was a Lisp interpreter available for the Commodore 64. I found one! It is called Micro-Lisp.

Looks like Micro-Lisp appeared in volume 8, issue 6 of Transactor, in 1988: 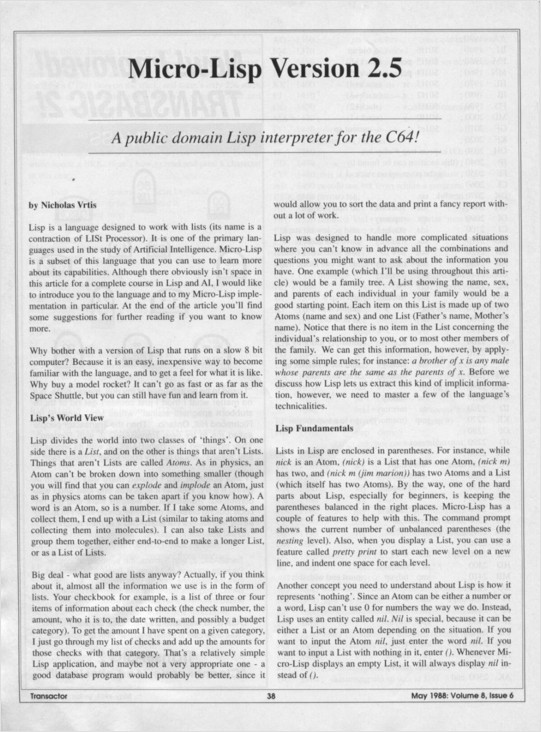 That is an interesting article. When I found Micro-Lisp, I had no idea if anyone had done anything with it in the past or not. Nice find!
:)

Cool! I have real C64. It's my favorite computer!