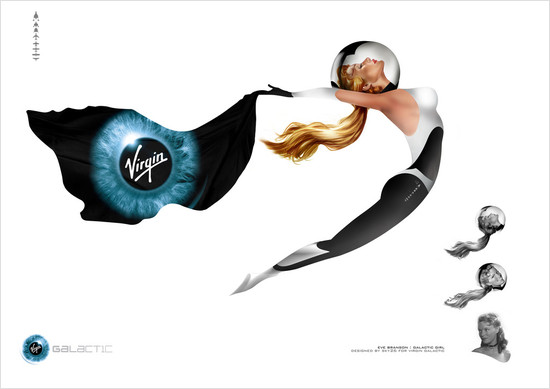 “Virgin Galactic's ‘Galactic Girl’ will be carried on the spaceline's crafts. The logo is modeled after Branson's mother in her younger days.” [via est]

They are not “merely a collection of trivia”, nor is it “narrow” and “shallow”. The linklog from each of those 106 people often represents a coherent intellectual outlook and set of interests, and by following along, I learn about the particular topics they're interested in during, say, a particular week. Also, although this may not be obvious here, the pages that are usually linked are mostly not the four-paragraph clever-clever blog posts, shallow and error-ridden 500-word Reuters news releases, ten-item how-to lists, and funny YouTube videos that show up on Reddit and Digg; they are generally much more substantial information resources.

I have trouble keeping up with the 26 people in my del network.

(Kragen on Reddit: “‘merely a collection of trivia, narrow, shallow, and sensational’”; on Digg:“I know this is hard to imagine, but it's even worse than Reddit”)