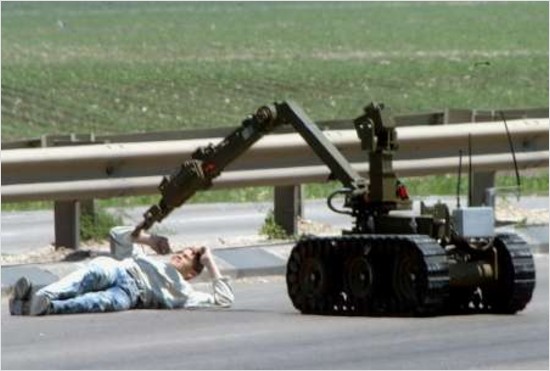 Tomorrow is the Computer Professionals for Social Responsibility (CPSR) conference “Technology in Wartime”.

This conference will explore how computer technology is used during war -- both for the purposes of combat/defense, as well as for human rights interventions into war-torn regions. Topics will include high tech weapons systems, cyberwarfare, autonomous aircraft, mobile robots, internet surveillance, anonymous communication, and privacy-enhancing technologies that aid human rights workers documenting conditions in war-torn countries and help soldiers communicate their experiences in blogs and e-mail.

Our goal will be to consider the ethical implications of wartime technologies and how these technologies are likely to affect civilization in years to come. Ultimately we want to engage a pressing question of our time: What should socially-responsible computer professionals do in a time of high tech warfare?

I wish I could go, but they say they'll be broadcasting live video.

A couple of the most interesting-looking talks: