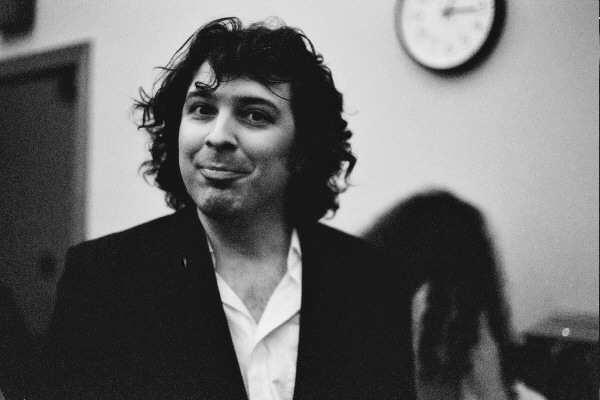 Over the last 13 years Eric did his best to teach me about the manly mysteries of sideburns and other mojo, the female predilection for butt dances, vomit-inducing parabolic trajectories and recent work in unification grammars. He was a supporter of and mentor to lemonodor, and me.

He knew we would miss him and he was right.

I guarantee I'll be removing my pants in tribute to his memory.

wuh-who? What happened to Eric?

I tutored him in Lojban many years ago.

Danny, Jess: He was found dead in his home on Sunday. We don't yet know for sure what happened.

I knew Eric first as a Lisp enthusiast. Then as a colleague who had responsibility for implementing important parts of Google in the early days. Then as a philosopher who challenged what I thought about programming, the work environment and how people should get along, what music to listen to, etc. Then as a friend to me and my kids. Eric: Juliet is sorry that, when she was 5, she hid your shoes and then forgot where she hid them. She is very happy for your youthful enthusiasm for the ball pit and other games. We will miss Eric.

Eric and I worked closely together, and could share many war stories. I love this picture of him. So sad.

I will miss Eric's far-out ideas, his boundless enthusiasm, and the funny, disarming smiles he would give to everyone in a room, like little gifts. I want another of those smiles.

I was est's friend for many years. We used to share rooms at SF conventions. I'll miss him.

So little time to get to know someone, and yet someone I looked forward to seeing online every day. Much love to all his friends and those he has touched. He's missed.

I'm still getting over it - we had a lot in common - recently it was a lot about Obama... Imagine that, a Lisp hacker who actually cared about the world outside ;)

I'm... heartbroken. Over the last few years, est really became the big brother I never had. I still don't really have the words to say what I want to say about this.

I'll miss him terribly. He and I often talked about math and programming online - everything from the significance of small prime numbers in religion and church architecture and how lisp was worked into one of the building designs at mit, to sorting algorithms and lisp go programs. What I remember best about him, as defining him, was how he was always unfailingly kind to everyone. I looked up to him much more for that quality than for his enviable intelligence and programming ability. He taught me a lot about not only computers and math, but about life. His far too early passing is such a tragic loss. I'm deeply saddened.

Eric introduced me to functional programming, and was my guide in many other ways. I just found out about his passing in the telnet chat that he wrote to replace the one I met him in. The only small ray of light, in the gloom that has just settled over me, is seeing how others valued his friendship.

My god. Eric was so patient with my python infrastructure hacking during the early days at Google. I was so glad I got to know him, both inside and later outside work. We had way too much fun. I felt so fortunate to count him as a friend. What a loss.